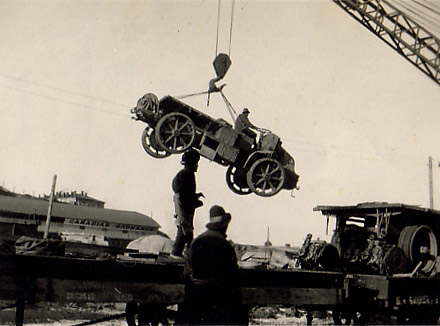 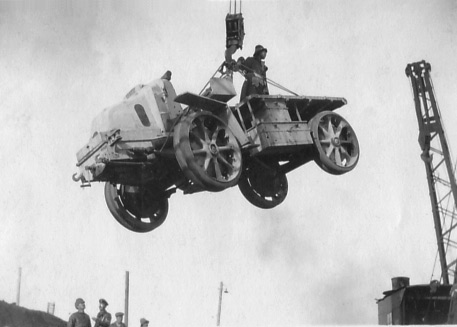 Near a statue of Lenin, Russians in Vladivostok last month protested the imposition of higher import duties on used cars.

VLADIVOSTOK, Russia — Vladimir Kirillov and Vitaly Sukhinin and their co-conspirators once had little interest in politics. They were rat-a-tat-tat salesmen here in Russia’s Far East who did a thriving trade in secondhand vehicles imported from Japan. But then the government reacted to the financial crisis by imposing steep tariffs on their industry.

Skip to next paragraph

Few customers are buying imported Japanese cars in Vladivostok. Higher tariffs have been hurting sales of the imports.

Demonstrations in Vladivostok have drawn thousands.

The protests in Vladivostok are unnerving the Kremlin, which apparently fears that unrest might spread during tough economic times.

And so was born a growing protest movement that might easily be dismissed as the Revolt of the Used Car Dealers, except for the fact that it seems to have unnerved the Kremlin like few other outbursts of public discontent in recent years.

The car dealers’ demonstrations in Vladivostok in the past two months have drawn thousands of people, more than events sponsored anywhere in Russia by liberal opponents of Vladimir V. Putin. The government grew so alarmed in late December that it took the extraordinary step of sending special riot police officers to Vladivostok from Moscow, nine hours away by plane, to break up one rally.

Some participants were beaten and briefly arrested, and others said that they had recently received menacing phone calls from the security services ordering them to stop criticizing the government.

Senior officials have portrayed the organizers as nefarious profiteers controlled by foreign agents who want this region to secede from Russia. Behind the scenes, though, it appears that the Kremlin is concerned that resentment over the tariffs will continue to spread from the car dealers to the general population — and turn into a bigger backlash over the government’s handling of the financial crisis.

“The political and the economic system of the government has to be changed,” said Mr. Kirillov, 37, who hawks used Japanese cars in an area of this hilly port city filled with vehicle lots. “Here in Russia, we don’t have a guarantee of the most important right, the right to make a living. Average, simple people will back us up on this.”

Mr. Kirillov said he was one of the organizers recently warned by security officials not to carry out more protests. Mr. Sukhinin, 36, who has a sales lot nearby, said he had not received such a phone call, but was expecting one. “If you speak out, you can get very hurt,” Mr. Sukhinin said. “Everyone is unhappy, without exception.”

When the economy was surging, Mr. Putin’s government had widespread support, and the opposition was marginalized. Now that times are tough, events in the Far East suggest broader rumblings. And senior officials are no doubt aware that this maritime region, which borders China and North Korea, has historically been prone to political instability because it is so far from Moscow.

The tension has shown no signs of diminishing, and in late January, another demonstration in Vladivostok drew more than 1,000 people. The Communist Party, seeking to capitalize on the tariff issue, joined in. Marchers chanted, “Resign, Putin!” and held up caricatures of Mr. Putin, the prime minister, and President Dmitri A. Medvedev.

Security officials, apparently chastened by publicity over violence at the rally in December, closely monitored the event but did not intervene.

Political analysts caution that it is too early to describe the protests as a potent threat to the Kremlin. The Far East has only about 5 percent of Russia’s population, and it is unclear how much these events will influence the rest of the country.

Still, even local legislators from Mr. Putin’s party have publicly opposed the tariff, an unusual example of dissent that underscores the depth of feeling here.

To wander through Vladivostok is to quickly understand why the tariffs are provocative. The people delight in driving used cars from Japan, which is only 500 miles away, saying that they are of far higher quality than Russia’s domestic models.

It is perhaps fitting that the widening rift centers on cars, which in post-Soviet Russia have become a prominent symbol of the kind of personal freedoms that were unattainable under Communism. Car ownership has surged, and both domestic production and imports have grown.

But the financial crisis has badly wounded Russia’s domestic manufacturers, which are based in the country’s more populous areas. To help them, the Kremlin sharply increased the tariff on imports of used vehicles — often by as much as 30 percent.

At Zelenyi Ugol, a sprawling zone of car lots in Vladivostok, dealers said the tariff, combined with a drop in the value of the ruble, had devastated sales.

Dealers noted that the region’s industrial base had deteriorated in recent years, and even the fishing fleet was faring poorly. They said the car industry was providing more than 100,000 jobs for people who import, maintain, transport and sell vehicles.

“The tariff is simply a catalyst,” said Vladimir M. Kurnosenko, 41, another auto dealer. “Here, there are no enterprises; all the factories have fallen apart. To feed ourselves — because here there are no other factories or enterprises and so forth — we had to go into the auto business.”

Sergei M. Darkin, the governor of the Vladivostok region, who was appointed by Mr. Putin, said he understood the hard feelings over the tariff, but pointed out that two million people were employed by domestic auto manufacturers.

“So of course, you have to protect the Russian auto industry,” Mr. Darkin said.

A vice governor, Yevgeny V. Khokholkov, accused auto dealers of trying to lure people to protests by spreading false rumors that cars with right-hand steering wheels would be banned. He said the Moscow riot police disrupted the rally on Dec. 21 because it was not authorized and because earlier protests had become disorderly.

“It was necessary to demonstrate that the authorities have leverage, that if an unauthorized protest is held, participants have to be punished,” Mr. Khokholkov said.

The organizers said that despite government pressure, they would press ahead. At the demonstration in late January, one of them, Maxim S. Vednyov, 33, predicted that the violence in December would become a decisive event in the fight against the Kremlin.

“The government now is simply trying to destroy the Far East,” Mr. Vednyov said. “Our government said the actions of the riot police were proper. So in fact, they were saying: ‘Far East, shut up. We don’t need you.’”